These are some examples of stained scleras at varied stages of healing to fully healed. Often referred to as “eyeball tattoos”; scleral staining is not actually tattooing at all. It is an injection process that requires minimal trauma to each eye through just a single, small injection site; allowing a sterile carrier and biocompatible pigment to disperse and spread over the entire sclera while leaving the functional anatomy of the eye unaffected. This process is virtually painless, heals in about a week and remains suspended under the conjuctival layer of the eye; permanently.

This process was first invented in Toronto, ON in 2007. After first waiting out and watching 5 years of procedural advancements, then following my initial training in 2011, through over 350 sets of eyes, I have refined my technique to the unprecedented level of safety that it is at today. 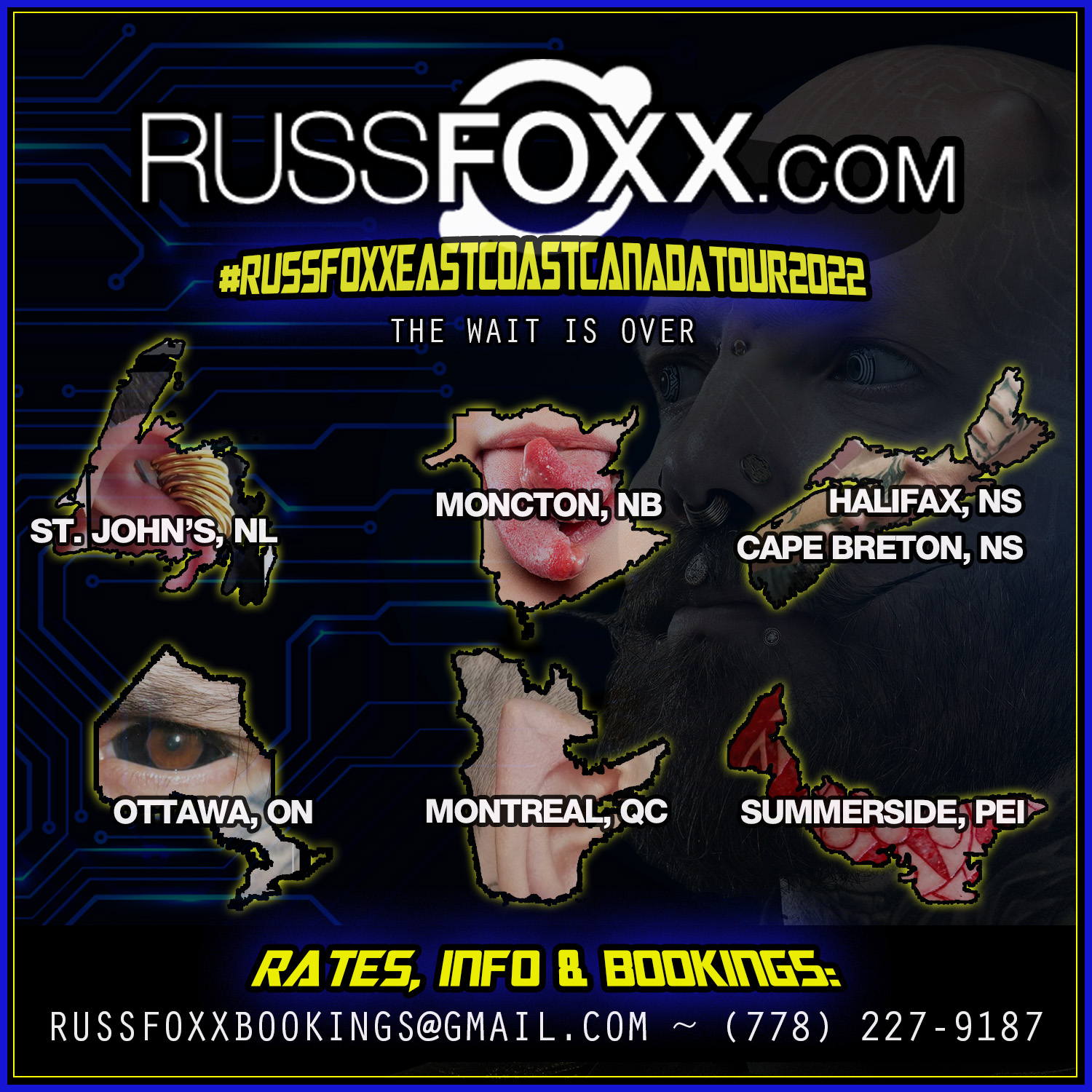 Bookmark my blog and stay up to date on what's new in the world of body modification. Join my mailing list through the portal below.

Check the schedule page to see when I'm coming to a studio near you.

If you have questions that are not answered in the FAQ, contact me directly.

I am co-owner of Ninja Cyborg located at 500 Mapleton Ave, Barrie, ON, Canada.

I am a member of the International Suspension Alliance and I am a past member and continuously further my education with the Association of Professional Piercers. I am the director of The RISE Suspension Crew. Safety first! To ensure proper sterilization we test our autoclaves monthly, use indicator and integrator strips and log all cycles.